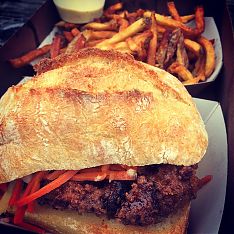 I have decided (after numerous close inspections) that this menu staple is more of a bánh mì with a soul food focus than a po’boy made with ginger in the carrot slaw: That is splitting hairs at a food truck specializing in the comforting, on-trend fusion of South Asian and Southern cuisines (with constant allusions to the French influences which suffuse both) but at this place that is obviously the point.

This sandwich is served on a beautiful crusty roll, like a bánh mì. The honey drizzle is a classic addition to fried chicken, and the addition of chipotle pepper is a nod to hot chicken which also cuts the bitter edge off the sweetness. The fried chicken itself, or rather the perfectly spiced fry mix, is always crunchy.

The fry mix was also great on the frog’s legs I sampled which came with lemon herb aioli, and the chicken skins (yes, just the skins) which came with smoked olive oil and basil aioli. Let’s not underestimate the role of aioli (also known as beautiful mayonnaise) in the overall success of both this sandwich and Dolce VT as an enterprise: The truffled shoestring fries also come with aioli – whichever one is on tap that day.

Find these delicacies at the Truck Stop at ArtsRiot on Friday nights, or out front on Pine street on seemingly random weekdays: You’ll just have to stalk Dolce VT on Facebook like the rest of us. 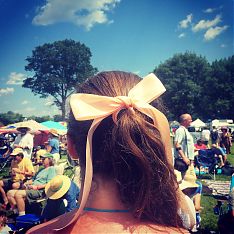 On the day that I found myself recommending the most amazing soup in town to the cashier at my current food truck obsession I probably should have considered blogging about my restaurant and street food obsessions – I already have a food business and online platform for it, after all. The thought didn’t occur to  me until a few weeks later, while I was trying to get my favorite dumplings into some perfect afternoon sunlight for a glamor shot.

Burlington is a city often associated with live music, but this appreciation for what is beautiful and artistic has in fact bolstered a community centered almost entirely on food. During January cold snaps you will still find people at the indoor farmer’s market kicking slush off their boots at the door to buy root vegetables, cheeses, chocolates, hot sauces and hot cider. During the summer Burlington’s food obsession comes out into the open.

The BCA’s July concerts on the green at Battery Park are always sprawling picnics by six in the evening on a weekday while just minutes down the road the extravaganza of food and tiny frolicking children known as Summervale at the Intervale is likewise always at capacity, people parking in lots a quarter mile uphill both ways. It doesn’t seem to matter when events like this overlap: if there is a way to create a festival out of a meal the people will come, and yes, there will be live music.

It is in this spirit of celebration that I am adding a new aspect to Emily’s Home Cooking’s blog, by which I mean that I will now be adding posts designated ‘Emily’s Obsessions,’ where I will wax poetic about my favorite things that other local chefs are making to eat, the favorites from food trucks, carts, and long-established restaurants alike that I just cannot do without.

Obsessions: These are the dishes that I rave about to anyone who will listen. 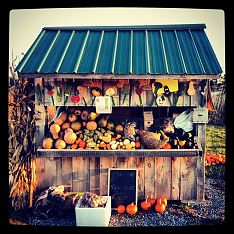 Shelburne, Vermont, like nearby Burlington and many Vermont towns, is a very food-conscious place. We who live here have small local markets, restaurants, farmer’s markets, farm stands and food shares which give access to locally grown food and a connection to the source of some of our ingredients.

I’m not just talking seasonal vegetables, which are available year-round, but also meat and dairy products, legumes, grains, cranberries, fermented foods, condiments, and candies. Even during the long lulls between picking peaches at the orchard in August and drinking warm syrup at the sugarhouse in March, you can feel a sense of place in your food.

Some of my personal favorites are the Cherry Pit Infused Peach Jam made by The Green Jam Man (cherries are related to almonds and the pits add a nutty flavor), the new lacto-fermented Ginger Kimchi made by Sobremesa (I like to add it to vegetable ramen right before serving), and the thick-cut bacon from Jericho Settler’s Farm (this needs no explanation).

I can usually pick all those things up at the Burlington Farmer’s Market on Saturday mornings. I also love the raw milk that I drive just out of town to pick up at The Family Cow farm stand. Yes, it has that musty edge that smells like the farm (let’s call it hay), and it also has all the natural sugars and fats and health benefits that some pasteurized milk can lack. Also, sometimes I take quick portraits of the cows grazing at sunset.

We are rather spoiled by abundance, in fact, and that sometimes makes it more painful to lower our standards when we are too tired, too busy, or too ill to cook I could list the improvements to mental, physical, and family health that conscious eating and reduced stress can provide, but most people are already educated in these matters, and anyway they can feel it in their bones.

Taking something hot, inviting and delicious out of the oven is the best way to start a relaxing meal, and planning your meals for weeks to come while still choosing all the ingredients yourself lets you control both your health and your happiness – even on the busiest days. 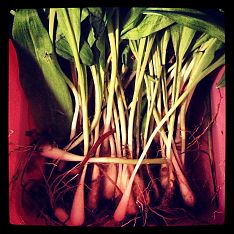 We all know the feeling that a cold March (and, let’s face it: April) can bring. The first warm rays of sunshine and thawed mud give us a moment of pure hope and some wild thoughts of, well, not-winter – my favorite season, so abundant with food: fiddleheads, then berries, then tomatoes, then apples, street food, campfire food, picnics at the drive-in – you get the idea.

Winter has it’s perks, though, and during the lingering cold weather we can still enjoy the feeling of sticking a serving spoon into a hot and steaming stew, casserole, or a classic combination of these two comforting meals: the savory pie.

This is why my new early spring menu (click the ‘Food’ link above, and be sure to check out the FAQ if you’re curious!) will incorporate several of the warming, savory pies featured in February’s issue of Bon Appetit magazine. Beef Bourguignon, a red wine fortified stew which is a perennial favorite with my clients (even in July, trust me), is topped here with a buttery crust instead of spooned over rosemary mashed potatoes.

As the snow melts and the season shifts, changes can be made in the ingredient lists to illustrate the passing of time. Wild leeks, (known colloquially as ramps), can be added to Cock-A-Leekie Pie, a classic pub dish, and the first peas can transform the Spiced Lamb Hand Pies - when the time comes. 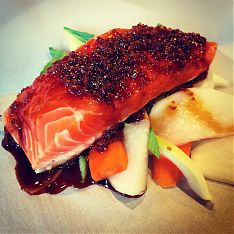 A few weeks ago I made a beautiful and simple dish of salmon in parchment paper, (‘en papillote’ in French or ‘al cartoccio’ in Italian).

Fish & vegetables are folded into an envelope and the edges are twisted together until it mostly resembles a crisp white empanada.

This recipe is made with homemade ginger teriyaki sauce and sliced carrots, bok choy, and daikon (a large, mild winter radish).

For each portion of salmon, cut and set aside a large piece of parchment paper, folded in half and then trimmed into a half-moon shape.

Sear over high heat in olive oil, skin side down, & set aside:
4oz. salmon portions

Combine all teriyaki sauce ingredients in a small saucepan and bring to a boil, then allow to simmer for five minutes.

For each salmon portion place a large handful of chopped vegetables in the center of the folded parchment, then lay the salmon on top of the vegetables and top with two tablespoons of teriyaki sauce.

Twist the edges of the parchment, moving along the outside of the envelope until you get to the opposite corner, then twist the end firmly to seal.

Bake at 400 for 20 minutes and serve immediately.

These packets can be frozen (especially when good fresh fish and vegetables are available) and thoroughly defrosted when needed.

You should plan to serve the parchment packets unopened on the diner’s plate. When the diner opens it and releases the steam the aroma will be a first course in itself.